The Galaxy Needs You.

Get it now Coming soon 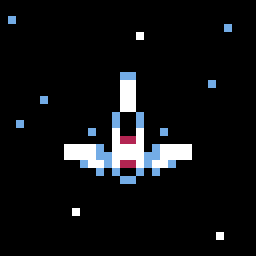 Stardust Hyperdrive is an arcade space shooter where you move left and right to dodge enemy attacks while firing back with a collection of lasers and power ups.

Put your reflexes to the test in wave after wave of enemy ships and boss battles. Here to aid you on your way are power ups including health, rapid fire and powerful missiles. Go for the high score and unlock more color palettes to customize the game your way!

Stardust Hyperdrive features an awesome, retro game inspired soundtrack composed by Tommy Laszlo. You can find the soundtrack and two additional demos on Bandcamp and iTunes.